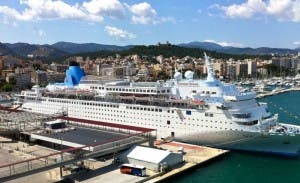 SOME 436 cruise ships are expected to dock into Palma during this year’s high season, a 10% increase on last year.

The City Council has sought to streamline this year’s arrival, with no date having more than six ships docking simultaneously.

It comes after last year’s record of eight led to a saturation of tourists that forced the council to frantically find places for ships to dock.

August will have the most stopovers, at 84.

This year’s high season is expected to last until November.