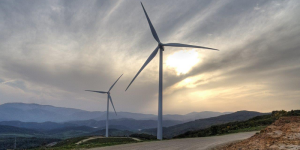 A GREEN energy revolution in South America has received a major boost from a host of Andalucian companies.

Forward-thinking businesses in Malaga, Sevilla and Granada are among those developing the renewable energy sector in countries including Mexico, Panama and Chile.

A total of nine Spanish firms have been invited to discuss or develop major projects, with more hoping to work there in the future.

Malaga-based Torsa has just constructed three wind farms in Chile, which will generate more than 250 gigawatts per hour from next year.

Meanwhile, seven Sevillano companies and one Granadino firm are now in serious talks with Mexico and Panama’s governments about their own clean energy products.

The countries sought out Andalucian firms due to the region’s status as Spain’s leader in the renewable energy sector, thanks in part to its abundance of solar-power focussed companies.

The high profile of Extenda, the Junta’s trade promotion agency, has also helped the companies break into the markets.

Mariano Barroso, Torsa president, said: “Having having pioneered the development of renewable energies in Spain, we have now been able to face a major challenge in a country like Chile that is clearly betting strongly on clean energy sources.”