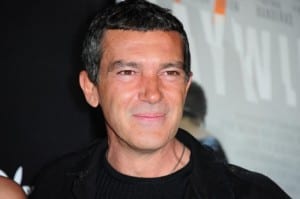 ANTONIO Banderas has pulled out his flagship project to create a new major cultural centre in Malaga.
The 56-year-old actor confirmed his withdrawal from the project on the controversial site of the old Astoria and Victoria in a letter.
It came after opposition councillors attempted to have the public competition he had won for the scheme cancelled and social media became abuzz with suggestions of unsubstantiated irregularities and fraud.
Banderas said: “The chorus of voices that started against our project, inside and outside local politics, which didn’t just criticise it, but entered into sarcas, taking the mickey, and, why not say it, nastiness, made me start to wonder if it was really worth risking so much.”