BRITISH actress Vanessa Redgrave will be the star name at this year’s Atlandina Film Festival.

The iconic Oscar winner will present Sea Sorrow, her directorial debut, at the Palma event on July 2.

Redgrave, 80, made the documentary about Europe’s refugee crisis, and says her experiences as a young Londoner during the World War Two blitz informed her thinking.

“I was a child in the war and people needed protection,” she said.

“We needed protection as children and we needed people who were kind to us.

“My producer encouraged me to tell my personal narrative because it would help people see that what has happened to me is happening to so many people – younger, older, babies, you name it.

“These are doctors, these are engineers. These aren’t ‘them’. They’re ‘us’.”

During the film, Redgrave visits the notorious Calais migrant camp

“Disasters are happening to refugees in the deserts and, above all, in the seas – the Adriatic and the Mediterranean – because of [government] policies,” she said.

“People are dying who shouldn’t be dying and who have a right to live and a right to protection.”

The Atlandina Film Festival, which runs from June 26 to July 2, will also feature films by Tilda Swinton and Michel Gondry. 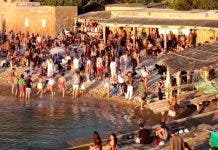 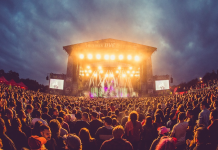 Isha Sesay - 4 Jun, 2020 @ 11:38
Four beaches in Mallorca and two in Ibiza were cordoned off to the general public after authorities determined that they had 'exceeded their capacity'