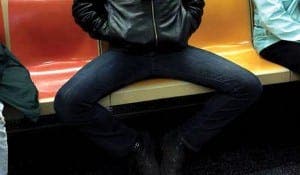 A GROUP of women are campaigning against ‘manspreading’ in Madrid.

Mujeres en Lucha launched the viral change.org campaign this week in a bid to prevent men on the metro from sitting with their legs spread wide open.

The group, which is calling for the Madrid City Hall to enforce measures to prevent the practice, says that manspreading ‘invades space’ of people who sit next to a person who engages in the act.

It comes after Spanish left-wing party the CUP suggested launching a campaign against it, calling it ‘an exhibition of machismo and a micro-aggression that can make the person suffering it uncomfortable.”

But Spain isn’t the only country to call for measures against ‘manspreading’. New York’s Metropolitan Transportation Authority released posters in 2014 bearing the slogan ‘Dude, stop the spread please!’.

Explainer: How much is Spain’s prime minister paid, and how does it compare to other politicians’ pay?

Mucho machismo: How sexist is Spain when it comes to women drivers?