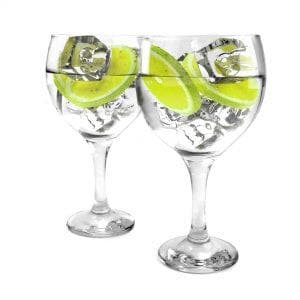 IT’S World Gin Day today, the perfect excuse to pour yourself a large measure of the spirit invented by the Dutch, topped off with an anti-malaria mixer created by the British in India.

We Brits call it G&T.  The Spanish call it ‘gintonic’ – all one word, no ampersand – and Europe’s largest nation of gin drinkers can’t get enough of it.

Spain is third in the world for gin consumption per capita, behind the Philippines and America, and even drinks Britain under the table in the juniper-infused spirit.

Adios vodka ice bars and frozen shot glasses that tore the skin from your lips. El gintonic is Spain’s new coolest drink and sangria is so yesterday.

But it’s a different beast entirely to the genteel cocktail British officers wives sipped from highball glasses in the days of the Raj.

Here it comes in a f***-off copa de balon (goldfish bowl on stem), stacked with industrial-sized ice cubes that never melt and festooned with elaborate garnishes to rival Del Boy Trotter’s yuppie cocktails in Only Fools and Horses.

It also requires two hands to hoist it to your lips unless you want a cinnamon stick up your nostril.

Spain’s Michelin chefs pioneered the balloon glass trend, the better to inhale the bouquet and pack enough ice to keep it cool under the hot Spanish sun (or in their hot Spanish kitchens, according to some reports, but let’s not suggest they drink on duty).

Meanwhile a gin-nami of cheffy new brews infused with everything from seaweed to frankincense to wood ants (said to taste lemony by the ‘ima-gin-ative’ Cambridge Distillery) is flooding the global market and Spain is lapping it up. 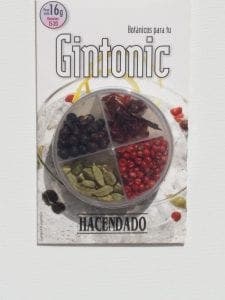 Barcelona is beginning to look like London during the other Great Gin Craze of the early 18th century, when there were half a dozen gin shops to every 100 citizens selling liquor laced with turpentine to give it a woody flavour. Today’s baristas have gone so barmy for botanicals – in the tonic as well as the gin – you can choose from an entire menu.

Andalucia has its own brand of gin, Puerto de Indias – try the one made with strawberries from Huelva and spirit from Cordoba, bottled in Sevilla with corks from Jerez.  Gin has gone local, specialist and artisanal – just like cheese only it’s 37.5% proof.

In Britain, where supermarket shelves groan with more curious bottles than a Victorian apothecary’s window, the government has added gin to the notional ‘shopping basket’ that measures the Consumer Price Index.

Asda is selling G&T ice lollies, the Ginstitute is a new London hotel where you can drink gin all day and make your own and even the delightful Mary Berry of Great British Bake Off fame is topping her lemon drizzle cake with gin and tonic icing.

Do we really need a world gin day?  I’ll raise a glass or three to it myself but a large G&T with ice and slice has been my nightly reward after a hard day’s work for more years than I care to reveal in public.

And whether drinking it from a plastic cup in the buffet car of the London to Brighton train, as I once did, or from a glass the size of my head as I do now, it always goes down a treat. Salud!

Gin on toast? There is now a Gin and Tonic flavoured marmalade

Gin and tonic tea bags are now a thing