TINY turkeys, trimmed-down Xmas puds, Rule of Six-sized boxes of crackers … Mini-mas, as COVID  Christmas 2020 has pessimistically been coined, was shaping up to be the kind of gig Scrooge and the Grinch would relish.

Even the installation of the town hall fairy lights super early this year failed to kindle the glow I usually get from rhinestone Rudolphs and sparkly Santas dangling above the dark winter streets.

But suddenly, in what is normally one of the greyest, gloomiest ‘nothing’ months of the year, (even Black Friday sounds funereal) there are lights twinkling at the end of the COVID tunnel. And whether it’s the Herald Angels or the headlights on Santa’s sleigh, it seems like our best presents have already been delivered.

News of at least two viable COVID vaccines was the biggie under the metaphorical tree – and incidentally, real trees are selling like hotcakes because everyone’s staying home this year, whether by choice or force of lockdown. And OK, no one knows how long immunity will last, and you’ll have to join a very long queue. But it’s ‘a shot of hope in the arm of the world’ as one politician cheesily put it. And if not, there are 28 other vaccines nearing the end of clinical trials, and 138 more under development.

For tidings of great joy to all mankind, look no further than the American elections. Trump is out on his rump (yeehaw!) and leaving office disgracefully, ensuring the narcissist the rubbish legacy he deserves. With Biden’s pledge to re-join the Iran Nuclear Accord, the Paris Climate Agreement and the WHO, restore affordable Obamacare for 20 million Americans who would otherwise go bankrupt or die, and enforce mask wearing USA-wide, it’s the gift that keeps on giving.

There’s another big parcel as yet unopened. Is it too late to hope it contains a Brexit deal?

I’ve also had a sneak peak at the stocking fillers. There’s the Tokyo Olympics, which the Japanese say will go ahead next July ‘at any cost’. There’s 94-year-old Queen Elizabeth II’s Platinum Jubilee in June 2022, which history’s longest-reigning monarch (70 years on the throne) is confidently expecting to attend.

And there’s the Virgin Hyperloop. No longer just a pipe dream, it carried its first pod of human passengers along a vacuum tube this month, bringing a smile to everyone’s faces. In time it will be able to travel at 1,000kph – that’s Marbella to Madrid in 30 minutes! Better than the Scalextric I never got because it was ‘for boys’, if I live to be the Queen’s age I’ll get to try it!

Meantime, if Andalucia is in lockdown on Christmas Eve and Santa’s sleigh doesn’t make it to Los Barrios, I won’t be too downhearted. I’m having myself a merry little Christmas now! 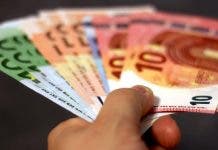 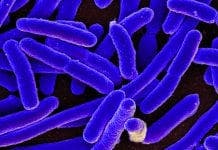