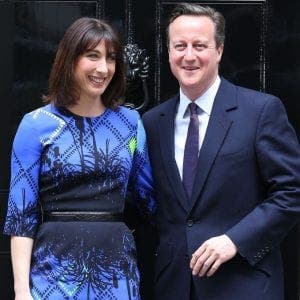 DAVID Cameron and his wife Samantha have showed off their pedicured feet during yet another romantic holiday to Andalucia.

The couple are staying at the exclusive €270-a-night Alcuzcuz resort in Benahavis, on the Costa del Sol, which boasts a natural saltwater swimming pool and terraced gardens.

It offers the guests an opportunity to ‘disconnect from the outside world and spend unforgettable and restful days.’

The ex-Tory leader is a regular visitor to Spain, frequenting many a British favourite, including Ibiza and Mallorca in the Balearics.

He knows the Benahavis area well having stayed in nearby Ronda, at least twice over the last few decades.

A keen walker, he was photographed by an eagle eyed Olive Press reader after walking the celebrated Mr Henderson’s Railway route between Benaojan and Jimera de Libar. 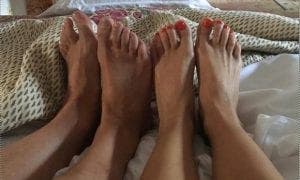 His annual Spanish holiday caused a stir last year after he and Samantha stayed in an illegal hotel in Lanzarote.

The Hotel Gran Castillo in Playa Blanca had had its building permit quashed by the Canary Islands Supreme Court in 2007 after it breached the 1991 building plan.

But nearby San Bartolome, where he stayed in 2014, believes his publicised visit had an advertising value of more than €1.2 million.