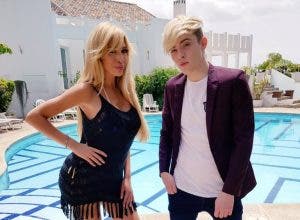 ONE half of the Jedward twins has been spotted in Estepona and Marbella while on a filming trip for MTV.

Blonde-haired brother Edward, who first shot to fame on the X Factor, tweeted some pictures from the set of the upcoming MTV show Single AF.

He is hanging out with MTV Teen Mom star Farrah Abraham in Marbella as both have signed up for the show, which will see them dating members of the public.

While Edward is sunning himself in Spain, where he was spotted enjoying a pint in Ferguson’s in Estepona, his twin John has flown to Milan to try his dating luck there.