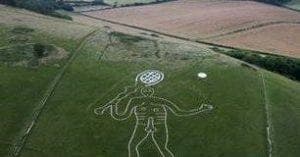 A well-known international online betting company have been heavily criticised following the defacing of a British landmark, in an attempted publicity stunt for the Wimbledon tennis tournament, upsetting local residents in Dorset.

Whilst the UK might be a million miles away from the shores of Canada, we though this story might be one that will tickle your sense of humour.- after all, it doesn’t matter if we are British or Canadian- we all love a good laugh! As for Paddy Power, they are one of the most well known betting providers out there, and we all love a gamble.

As you may or may not know, Wimbledon has kicked off in London this week and it is the most internationally recognised tennis tournament in the world. Millions of sports fans tune in from across the globe to watch the cream of the tennis crop battle it out, whilst they place wagers on their favourite athletes.

Paddy power often ranks highly in the best online casino reviews  in Canada, and globally- this latest spot of bother suggests that they might be better sticking to online casinos rather than viral marketing!  The popularity of online casinos has surged in recent years and as people become more mobile, they have become more interested in placing bets, trying their luck, and spinning the roulette wheel wherever they are and whatever they are doing. Taking advantage of online casinos great ranges of free spins, bonuses, free bets, and deposit matches is a sure fire way to ensure that you get the best bang and bank for your buck when it comes to betting!

Now, where were we?

The 180 feet tall iconic sexually explicit drawing is a symbol of fertility stemming from the 17th Century. The etching lies on a hill in the Dorset town of Cerne Abbas located in the South of the UK. Usually the large drawing on the hill, bears an outline of a figure holding a club, and has remained this way for centuries. Paddy Power defaced the chalk drawing, turning the club into a tennis racket tossing a ball, as well as adding ‘’PP’’ to the bottom of the image. The modifications were carried out under the cover of darkness, under a 250 square foot white tent by a team of 6 people in night vision goggles. The alterations took only 3 hours to complete, confusing local residents when they awoke the next day and causing a stir for onlookers.

Paddy Power, who have got themselves into hot water before, for tongue in cheek marketing campaigns, stated that the bold act was in fact to commemorate the start of the Wimbledon season, notably Andy Murray and the news declared last week that he and his wife Kim are expecting to hear the patter of new little feet.

A cheeky Paddy Power spokesman said: ‘We didn’t need Hawkeye to help us spot that the Cerne Abbas Giant was ‘excited’ about Andy Murray’s baby news.’ 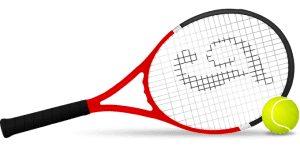 The advertising stunt comes as online betting companies estimate a colossal rise in gambling on tennis over the next two weeks, with over £650m estimated to be staked across the bookmaking and online gambling industry. This figure smashes any previous Wimbledon records.

The National Trust ( an agency set up to preserve historical sites in the UK) stated that it was ‘’Very concerned’’ the publicity stunt. A spokeswoman for the National Trust added: “We’re fans of tennis as much as anyone and pleased to hear of Andy Murray’s news, however we do not encourage any defacing of the Cerne Abbas Giant, however it was done.”

“The Cerne Abbas Giant is protected and we are very concerned about any publicity stunt that may in future encourage damage to this fragile site.“

The controversial display also caused a stir on social media and made news worldwide- from Columbia to Canada.  Drew Gibson referred to the eyesore as a ‘’Shambles’’. Another twitter user @Joehedges87 noted ‘’Thanks for disrespecting an ancient landmark, don’t know why businesses think it is acceptable to deface things for their own gain’’

The betting company in question subsequently donated 5000 pounds to the National Trust, and noted the alterations to the chalk giant were temporary and causing no long last damage to the historic landmark.