THIS is the heartbreaking footage of an exhausted and overheated horse during La Linea Feria.

It was filmed after collapsing in the middle of the street this weekend.

Concerned crowds gathered around the animal, with several people attempting to cool it down by pouring water over it.

At one point, the people even seem to try and lift the horse back to its feet, but it doesn’t respond to the attempts.

Seconds later, however, the horse gets back up off of the ground.

Members of the public have taken to social media to express their outrage at the incident. 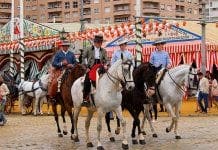 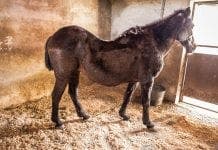