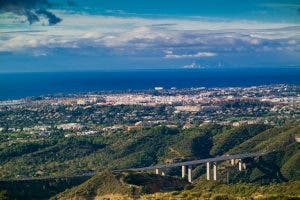 DATA from the Office for National Statistics show that Spain sees over three times more British expats than the U.K. sees Spanish expats.

The research was conducted to collect information ahead of Brexit negotiations. Let’s take a look.

Specifically, a total of nearly 300,000 British citizens took up residence in Spain for 12 months in 2016, a figure that demonstrates the steady rise of immigration from the U.K. Of these, 48% were retired, a rapidly increasing figure that stands in stark contrast to Spanish immigration to the U.K.

In fact, the number of British people over the age of 65 living in Spain has more than doubled in the past 10 years, though the report states that the number has been relatively stable since 2008, with the increase coming mostly from the aging of the existing expat community.

The number of retired people in Spain is of concern during Brexit negotiations, particularly as questions will arise about the security of pensions. Of the many people coming to Spain for retirement, only 22% of British expats were employed, with the main sector of employment being hotel and catering. Only 11% were unemployed, with the rest of the population either can’t work due to age, stay-at-home parents, or economically inactive.

Living near the coast is the most popular choice for Brits staying in Spain. According to Andalucia.com, Malaga had around 154,654 foreign residents in 2010, the second most popular region after Jaen.

It seems that Brits are largely coming to Spain for the lifestyles that areas like the stylish destination Marbella, a major stop off for the PokerStars festival, and other Costa del Sol towns can offer.

The statistics for Spanish expats in the U.K., however, tell a different story.

The main sectors of employment for Spanish expats included public admin, education, health, banking and finance, and hotels and restaurants. Only 5% were classified as unemployed.

The statistics suggest that expats from Britain tend to take up residence in Spain in search of retirement more than for work, whereas the trends towards the U.K. from Spain show that the 20-39 demographic tends to go for work.

The research from the Office for National Statistics also gives information about part-time residency and short-term holidays.

There were 219,000 visits spanning 1-12 months to Spain from the U.K., with the majority of these taking place for reasons other than work or study.

Many of these visitors stayed in holiday homes or visited friends and relatives.

There was also a staggering 13 million visits of less than 28 days, with most of them taking place during the holidays.

In contrast, only 849,000 Spanish people were recorded to have visited the U.K. for their holidays in 2016.

The Office for National Statistics report is the first in a series that aims to gather information about British citizens living in European countries.