A BRITISH tourist who bit off part of a man’s ear has been fined €18,000 euros and handed a two year prison sentence.

The 29-year-old threatened to kill his Spanish victim after attacking him in a Sant Llorenç des Cardassar bar in 2011.

It came after the British thug had argued with his girlfriend and he turned on the man who was at an adjacent table.

The assailant then launched himself at the 49-year-old victim ending up sinking his teeth into his left ear and leaving the man with part of his ear lobe on the pavement.

Initial attempts to reconstruct the injured man’s ear using the chunk that was bitten off were unsuccessful.

The victim’s wounds took 60 days to heal and he was left suffering with depression and a mood disorder after being attacked. He later underwent plastic surgery.

While trying to separate the two men, the bar owner was also assaulted and suffered injuries to one of fingers.

The fine is to be paid to the victim, while the sentence is suspended, meaning the attacker will not go to prison. 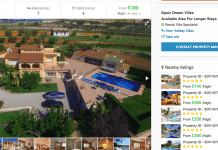 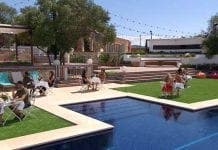