The courts have declared the convicted fraudster’s La Loma property, in Los Alcazares, will go up for auction for €18.5 million, despite being valued at €27.5 million.

The sprawling property sits on 82 hectares – the size of 82 football pitches – and is surrounded by orange, lemon and mandarin farms.

When police raided the finca as part of the notorious Malaya Case, they found bathroom walls adorned with Joan Miro paintings and the house dotted with pricey antiques and hunting trophies.

Many of those assets, in addition to luxury cars and watches, weapons, carriages, purebred horses, commercial premises and ship berths, have already been sold to the highest bidder online to pay for Roca’s civil and criminal liabilities.

The total value of all these assets amounts to an estimated €75 million. 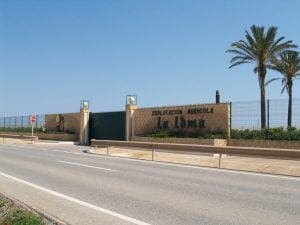 It comes after his Mallorca mansion was sold last month for €2 million.

The detached house, located in the urbanization Playa D’Or, in the municipality of Santanyí, has 482 square meters and comes complete with seven bedrooms, nine bathrooms, two outdoor 30m2 pools and glorious sea views.

Roca has been languishing in jail for more than 10 years.
He was convicted of being the ringleader of the Malaya Plot, which saw 53 officials across dozens of Andalucian municipalities tried for embezzlement of public funds, breaches of trust, influence peddling and more.