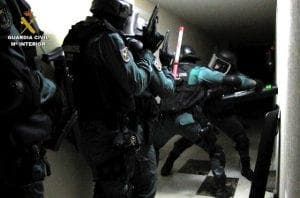 GUARDIA Civil have busted an international car smuggling ring worth at least €1.5 million.

Supported by the Bulgarian Police, Portuguese Police and Europol, ‘Operation Historic’ resulted in the arrest of 19 suspects and the investigation of five more.

All are accused of belonging to a criminal organisation, vehicle theft, document fraud, and money laundering.

At least 85 vehicles have been stolen by the group, which had links to Portugal, Poland, Romania, France, Austria, Russia, Bulgaria and Belgium. 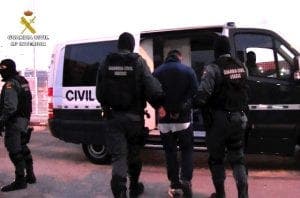 Fourteen houses were searched in different Spanish and Portuguese provinces that resulted in the seizure of firearms.

They also had high tech devices which could detect and block electromagnetic signals and GPS, and anti-theft security mechanisms, as well as tools to open vehicle doors.

The vehicles were mainly stolen in Madrid. The ring used frequency jammers to block any GPS/GSM devices installed in the cars, as well as various security measures to avoid detection.