A GROUP campaigning for the United Kingdom to remain in the EU has revealed its outrage at Theresa May’s supposed phase one agreement on Brexit.

Bremain in Spain, who also aim to protect the rights of British migrants living and working in Spain, delivered a scathing response to Number 10.

In 2016, there were 296,000 British citizens who had been living in Spain for more than 12 months, according to the Instituto Nacional de Estadistica (INE).

This group is thought to be the largest single group of UK citizens living any other European country.

“We did not anticipate that the EU would recommend moving to phase two of the negotiations at this stage – not when there are so many unresolved citizens’ rights issues,” said Sue Wilson, Chair of Bremain in Spain.

“Rather than resolve these outstanding issues, both sides have clearly agreed to lower the bar as to what constitutes ‘sufficient progress’.”

The rights of British citizens abroad and those of EU residents in the UK were supposed to be one of three separation issues agreed upon before proceeding to phase two, alongside that of the divorce bill and the UK’s EU borders.

However, while a divorce bill has been agreed and assurances given on Northern Ireland, no such guarantees have been given on citizens rights or on the future of Gibraltar’s border.

Bremain in Spain are concerned that as the UK moves into the second phase, citizens rights will be forgotten in the desperation to negotiate a trade deal.

“If the outstanding issues could not be resolved when we were supposedly one of only three priorities, what chance is there when we are one of many more?” said Wilson.

“Yet again, our security has been sacrificed for the sake of the security of May and her government.

“I can assure you that British citizens in the EU are not celebrating or grateful but more fearful than ever of being thrown under the Brexit bus.

“We will continue to fight to protect ourselves in the best way possible, by fighting to remain in the EU.”

While Theresa May’s government may celebrate advancing to phase two as a major success, the future of British citizens in the EU remains as uncertain as ever. 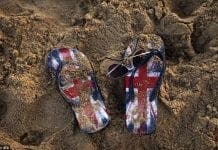 OPINION: Britsh expats would have made the difference if given choice to vote in Brexit Referendum 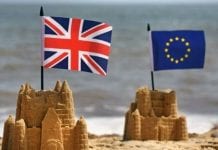 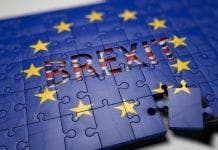