A GROUP of Labour MPs have written to the UK Government urging them to release the results of studies into the impact of Brexit on the UK economy.

The 25 MPs, supporters of the Open Britain group which has campaigned for a ‘soft’ Brexit, said the publishing of the findings was essential for Parliament to be able to effectively hold the Government to account.

“The public have a right to know what the impact of Brexit will be for them and for their families,” a spokesman for the MPs said.

Their letter comes after Brexit Secretary David Davis was criticised in Parliament for not releasing all the details of the 58 separate studies into how Brexit would affect different parts of the UK economy.

Davis released the information in a highly edited form leading to accusations the government were trying to hide potential negative fallout from Brexit from the electorate.

“Without access to the latest taxpayer-funded analysis and research, Parliament will be hamstrung in its ability to scrutinise the Government’s approach and to present the facts to our constituents,” the spokesman for the MPs said. 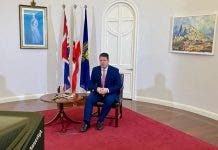