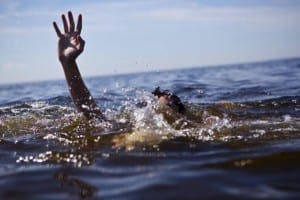 ALMOST 500 people drowned in Spain in 2017, new figures have revealed.

According to the national lifeguard federation, 481 met their deaths in Spanish seas last year, a 10% rise on 2016.

Some 2,487 people had to be rescued after getting into trouble in Spanish waters.

The figures do not include migrants who died off the coast of Spain, but focus on incidents that took place on beaches, lakes and at swimming pools across mainland Spain and the Canary and Balearic Islands.

Most drownings occurred in peak summer season in July and August.

The Canary Islands had the most deaths, with 93, followed by Andalucia with 74.

Those most at risk of drowning are men over the age of 35 who choose to swim at a beach where there are no lifeguards present, the report found.

Some 80% of those that died were male, 73% were Spanish, 71.9% were over 35 years-old and that more than half of drownings occurred at a beach (52 percent) and 90% of them when there was no lifeguard present.