Home Andalucia Mallorca home owner and billionaire Sir Richard Branson shares tips for resolution...
Share
Facebook
Twitter
WhatsApp
Pinterest
ReddIt
Email
WE ARE coming to the end of the first week of 2018 and the dust has almost settled on the festivities, well, except for Three Kings.
And with January comes the opportunity to start afresh, and the resolve to change for the better.

According to research however only 8% of people stick to their new year’s resolutions, with 80% breaking them before February.

Among the most popular choices are eating better, exercising more and learning a new skill.

But with so many failing at their goals, what are the secrets behind those who succeed?
Sharing his top tips on his blog, billionaire Sir Richard Branson who owns a sprawling luxury estate in Mallorca, states: “It’s time to get your New Year’s resolutions down on paper. The simple act of writing it down will help you stick to it.”

“Some of Virgin’s most successful companies have been born from random moments. If I hadn’t opened my notebook and written them down immediately, I would have forgotten about them.

“No matter how big, small, simple or complex your idea is, get it in writing,” he added. 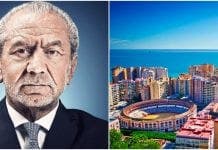 Half of aspiring entrepreneurs in Spain’s Malaga are unemployed 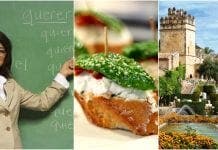