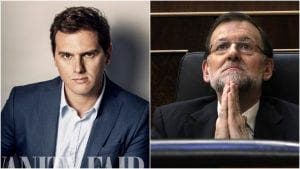 A NEW nationwide poll has seen a surge in support for centre-right Ciudadanos.

According to the Sociometrica poll for El Espanol this weekend, the orange party is on track to gain 50 more seats, while the Partido Popular, lead by Mariano Rajoy, is set to lose 40.

The right-wing party currently holds 137 seats, which would fall to 97 if the new poll proved true.

If an election was held tomorrow, Ciudadanos, led by Albert Rivera, would gain the most, as its share of total seats would rise from 32 to 86, an increase of 54. 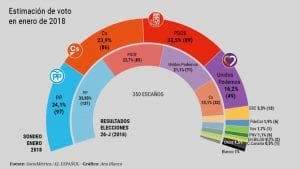 Such a result would put the PP, Ciudadanos and the PSOE on an almost equal footing in parliament, with between 22.5% and 24.1% of the vote each.

The PSOE, led by Pedro Sánchez, is forecast to make smaller gains, up from its current 85 seats to 89.

The second-biggest loser in the poll, after the governing Popular Party, would be Pablo Iglesias’s Podemos, which is predicted to drop from 71 seats to 49.

Spain’s next general election will be held no later than Sunday July 26, 2020.