TWO prostitutes have confirmed a madame’s original testimony in the Cursach case.

The pair have put an end to counter claims that she lied or was coerced by police to help prosecute island gangland boss Tolo Cursach.

Although the defence had tried to discredit the validity of the madame as a witness, Judge Penalva is convinced the statements are true.

The madame – witness 31 – has also now claimed she was offered money to claim the judge and public prosecutor in the case tried to coerce her to testify.

She previously claimed the nightclub owner’s son had offered to buy her a flat in Paris and give her a big payment if she dropped her testimony.

One of the prostitutes has now also confirmed that VIP rooms at Cursach’s Tito’s nightclub were used for sex-parties to pay off and bribe politicians and police.

Both prostitutes, who worked at the same brothel but at a different time than the madame, confirmed a diary of all the clients at the brothel, including phone numbers and other key details. 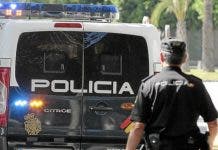