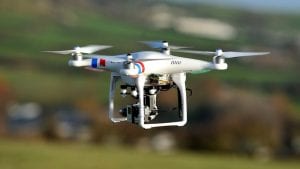 MALAGA province has more than 4,000 undeclared buildings, an investigation has revealed.

The General Directorate of Cadastre discovered the haul last year after using drones for the first time to locate buildings that have not been registered.

The so-called catastrazo probe, which has not yet finished, located 4,080 undeclared buildings between January and December 2017.

The construction boom before the 2008 crisis caused Malaga to be filled with new buildings and proliferated construction in rural areas, but many of these were left in an illegal situation as they were not registered by their owners.

It means tax has not been paid to the government on thousands of buildings.

The Cadastre has been working with drones so that the inspection is as exhaustive as possible.

Once the new properties are registered their owners have been given a €60 fine and have been ordered to pay what they owe in taxes – including the Real Estate Tax – after not paying for years.

Most of the illegal buildings had been built since 2000, that is, in the period prior to the crisis and especially from 2010, which saw more than 3,000 new properties constructed in the different municipalities of Malaga.

At the end of 2017, the province had a total of 1,456,525 buildings in the General Directorate of Cadastre and almost 550,000 were erected from 2000 onwards, meaning more than a third of the province’s buildings have been erected in the last two decades.