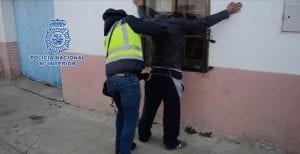 A SISTER tried to sell her teenage siblings for sex in Spain.

It came after they had approached their elder sibling for help after being sexually abused by their father.

Luckily, cops rescued them from the prospect of a forced marriage. 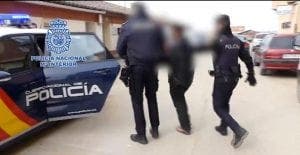 The two girls, both Romanians, are now in care following the police operation in the Spanish provinces of Zamora and Valladolid.

They were also sexually abused by their sister’s husband after they fled their dad’s home.

Four people were held in Morales de Toro, a small winemaking town two-and-a-half hours north west of Madrid, and another three in nearby Pozaldez in the neighbouring province of Valladolid. 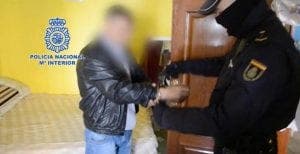 A spokesman for Spain’s National Police confirmed in a statement: “National Police officers have freed two Romanian youngsters, aged 16 and 17, who had been sold by their own sister to other clans for £8,950 (10,000 euros) each

“The two girls had fled their family home after being sexually abused by their dad and seeking refuge with their elder sister.

“Once they moved in, the sister and her husband negotiated their sale to other clans to arrange forced marriages.

“Seven people have been arrested in the provinces of Zamora and Valladolid.”

The spokesman added: “The first youngster was sold to another clan in the same place in Zamora where she had sought refuge with her sister.

“Police discovered she was ill but was receiving no medical attention because the matriarch had not deemed it necessary.

“After her rescue, officers established she has also suffered sexual abuse at the hands of her sister’s husband.”

Three of the four suspects have been released on bail pending an ongoing criminal investigation after appearing in court in a private hearing.

The fate of the three people held in Pozaldez is not known.