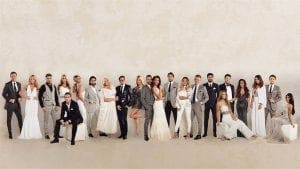 THERE will be “no more carbs before Marbs” for The Only Way Is Essex cast, as bosses axe the famous Costa del Sol location for Barcelona.

The stars will be jetting off to the capital of Catalunya in March to kick off series 22, reported The Sun.

Marbella has been a much loved holiday destination for the show and has aired six The Only Way is Marbs specials.

Gemma Collins and co will be getting “reem” for the capital this month, with filming taking place on March 12, 13 and 14.

It comes after reports that Mike Hassini, Amber Dowding and boyfriend Chris Clark will not be returning to the show.

The new series is set to air on ITVBe in March.