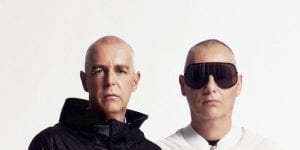 ONE of the most successful duos in the history of pop, Pet Shop Boys, have announced their return to Festival Internacional Benicàssim (FIB) this July.

The synthpop London lads, Neil Tennant and Chris Lowe, will take to the main stage on July 21 at the annual Spanish festival held in the town of Benicàssim, in the community of Valencia.

The Brit duo, which have sold more than 50 million records worldwide, have released a staggering 10 albums and are best known for their number one hits such as, “West End Girls”, “It’s a Sin” and “Always On My Mind”.

Other headline acts include Liam Gallagher, The Killers and Travis Scott.

The festival running from July 19-22 will see performances from multiple UK and Northern Ireland acts such as Bastille, The Vaccines, The Kooks, Madness, Two Door Cinema Club, Jessie Ware, Belle and Sebastian, Catfish and the Bottlemen and J Hus.

FIB, which started in 1995, is famous worldwide for welcoming big names in pop, rock and electronic music, as well as showcasing short films, fashion shows and art installations.

Last year the festival attracted around 177,000 festival goers over the four days.

Brit rock star, Rod Stewart, to perform for first time ever at Marbella’s Starlite in 2023