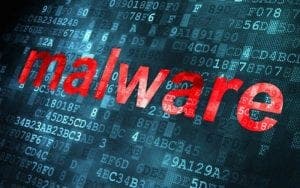 A CYBER-SCAMMER mastermind who is suspected of stealing around €1 billion has been arrested in Alicante.

The detained is reportedly the leader of the gang which was behind the Carbanak and Cobalt malware attacks that programmed ATMs to spit out cash on demand.

According to Europol, the organised crime group has been operating since 2013 and has successfully infiltrated at least 100 financial institutions in 40 countries, with a total loss of around £870m.

The investigation was so complex that La Policia Nacional sought the help of the US FBI, Europol, Romanian, Belarusian and Taiwanese authorities and private cyber security companies.

Once downloaded the criminals were able to access and control the victims’ internal bank network.

ATMs were then instructed to dispense cash, e-payment networks were used to transfer money, databases were meddled with and profits were laundered via cryptocurrencies.

“The arrest of the key figure in this crime group illustrates that cybercriminals can no longer hide behind perceived international anonymity.”

While the leader has been detained in Alicante, members of the gang are said to have been operating from all over the world.