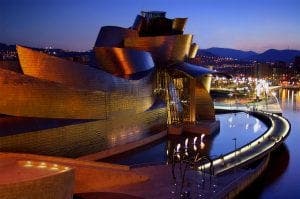 THE most prestigious international event in gastronomy, The World’s 50 Best Restaurants Awards, will be held in Bilbao, País Vasco this year.

Recognised as the most sought-after title in the culinary world, the awards are voted for by international chefs, restaurateurs, gourmands and critics and after being held in Melbourne last year, the 16th edition will return to Europe this summer.

Kicking off on June 16, the five day culinary celebration will take place at Palacio Euskalduna in the Basque city centre.

The main awards night will be held on Tuesday June 19 with a red carpet and a glamorous reception, welcoming some of the biggest names in gastronomy.

It seems only fitting that the highly anticipated annual event is in the País Vasco, as San Sebastián is known for boasting one of the highest concentrations of Michelin Star restaurants in the world – only beaten by Kyoto in Japan – and the region is internationally renowned for its famous pintxos bars.

Since the awards were launched in 2002, Spanish restaurants have won the best in the world a staggering seven times, with El Bulli taking the top spot five times and El Cellar de Can Roca twice.

President of the Vizcaya Regional Council, Unai Rementeria, said: “We are sure that all visitors will feel at home, we are a small territory in which gastronomy is not only a pleasure but also a culture. Basque cuisine reflects our values as a country: it is a mixture of tradition, respect and culture.”

There will be a number of private and public events across the city, such as an “After-After” party in San Mamés football stadium on June 19.