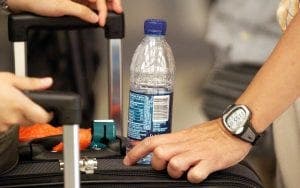 SPANISH airports are set to cap the price of bottled water at €1, following a string of angry complaints from customers.

Aena will force all airports in Spain to reduce the price of water sold in shops and vending machines.

It comes after airport officials took notice of the recurrent complaints of travellers.

The new rule enforces stores to cap prices of 33cl bottles at €1, while vending machines must offer 50cl bottles for the same price.

Other airports including Malaga, Alicante Elche, Valencia and Barcelona El Prat, are set to change prices in the near future.