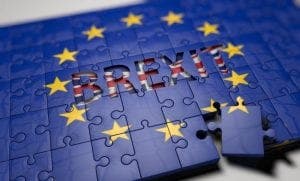 IT looks like Brexit is not going according to plan, if there was ever a plan in the first place.

Even to the most casual observers, it must be clear that negotiating a Brexit deal – any Brexit deal – hasn’t been as easy or achievable as we were led to believe.
So it is somewhat amazing that on Friday, EU leaders confirmed their expected support for the draft Withdrawal Agreement (WA) that was presented earlier in the week by David Davis and Michel Barnier.

The biggest breakthrough was an agreement for a transition period of 21 months, ending in December 2020, during which the UK will obey EU rules but be left out of EU decision-making.

The deal was heralded as ‘significant progress’ by many pundits but received criticism from both Remain and Leavers alike.

For Jacob Rees-Mogg and other extreme Brexiters, it represented a betrayal of Leave voters – and especially of the British fishing industry.

Rees-Mogg objected to the UK becoming a ‘vassal state’ and, especially, to UK fishermen being subject to European fisheries policies.

A demonstration staged by Rees-Mogg on the Thames didn’t go to plan. He was unable to board the boat because nobody had applied for landing permission, leaving Nigel Farage left holding the dead, wet fish.

While attracting lots of press coverage, just as Farage likes it, the protest attracted much ridicule and was described as a fitting metaphor for Brexit – i.e. badly planned and failing to deliver what it had promised.

Concerns from Remain on WA meanwhile focused on what was missing rather than what was included.

‘Article 32’ was a much-discussed and unpopular clause in the original draft documents, relating to citizens’ rights.

It related to restrictions placed on the freedom of movement of British citizens – us expats – living and working in the EU.

If meant that our rights would be restricted to the country we call home but we would not be able to work across borders, or have clients in a bordering EU country.

It was quite a surprise (a pleasant one, of sorts) therefore, to find that Article 32 had been removed from the draft WA.

What did this mean? Had our freedom of movement rights been restored?

We set out to ask Our man in Spain, the British Ambassador, Simon Manley, who claimed that the offending article was not needed and that both the Brexit Committee and the European Parliament welcomed its removal.

He added that freedom of movement rights had not been specifically agreed but that the British government would continue to push for us to retain those rights.

Unless the existing ‘agreements’ are ring-fenced, we will be back to square one in any ‘no deal’ scenario – a situation that May continues to insist is better than a bad deal.

For May and her government, the WA represented an opportunity to move forward and talk about trade – the only topic of interest to them thus far.

To reach this stage, she agreed to accept the EU’s plan B for the Irish border, presumably in the hope she would never have to use it.

Both sides have repeatedly said there will be no hard border between Ireland and Northern Ireland. May’s suggestion of using technology was rejected as unworkable so the EU devised a fall-back position – move the Irish border to the Irish Sea.

In her Mansion House speech during February, the PM ruled out this option and added that no British Prime Minister would ever agree to such a thing.

Now, May has agreed to this fall-back position – yet another of her infamous U-turns.

She must find an alternative plan to a hard border, or risk losing the support of the DUP. If she loses this, she also kisses goodbye to her tiny majority in parliament. The DUP will never accept one rule for Northern Ireland and another rule for the rest of the UK, so it’s an impossible circle to square.

The Irish border issue is one of many problems that make delivering Brexit extremely difficult, if not impossible. The after-Brexit vision promised to the public has proved a myth, a dream, a nonsense. Britain cannot be stronger, bigger and better alone than it can be with the backing of 27 partners. May has hinted as much by asking for the EU’s support against Russia over recent events.

Whatever the reasons that people voted Leave, it’s becoming clearer daily that Brexit will not solve these problems.

Instead, it will cause economic harm, especially ironically in Leave-voting areas.

The government knows this, and its own impact analyses back up this view. Nobody voted to be poorer or to harm the NHS, just as nobody voted for job losses or for the devaluation of Sterling.

Despite May and Davis insisting that Brexit is inevitable, unstoppable, it just isn’t true.

Brexit is impossible to deliver and it’s not too late to stop it. Remainers have every reason to be hopeful.

If May continues to pursue a hard Brexit, the ‘deal’ will not be acceptable to parliament when it votes in autumn.

If every British citizen in Spain wrote to their current/former MP to convey their views on Brexit, it would be very powerful indeed. We know from personal experience how effective personal lobbying can be.

The only option left on the table after a vote in parliament would be to offer the British public a referendum on the deal. This option is becoming increasingly likely and is gaining momentum with Remainers and Leavers alike.

No matter how anyone voted on June 23, 2016, everyone should want the opportunity to have a final say – to assess the deal that’s being offered and decide if they want to proceed now they can see what’s on the table.

This was all about the ‘will of the people’, wasn’t it?

If the people don’t want to proceed with Brexit when they know how it really looks, the government must pay attention and act accordingly.

Never in British history has any British government knowingly pursued a course of action that would obviously be damaging to the nation. Let’s not start now!