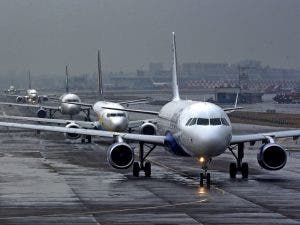 PASSENGERS flying to and from London could be hit by delays after air traffic controllers switched to a new digital system this week.

Heathrow and Gatwick are set to face the biggest disruptions, while there could be minor delays into Stansted, Luton and London City in the coming weeks.

Travellers have been warned to be prepared for delays as flights landing at the airports will be reduced so staff can get used to the new technology.

It comes after the National Air Traffic Services (NATS) said it could “no longer deal with the demand” of the former system of using paper strips to record instructions which are given to pilots.

Expect morning flights at Heathrow to face the biggest disruption, while delays are likely to be around 20 minutes.