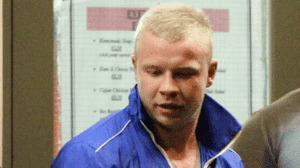 AN Irish expat wanted for the murder of a dissident republican five years ago and a member of the IRA has been arrested on the Costa del Sol.

Dean Evans, from Dublin, is one of three men charged with the murder of father of three, Peter Butterfly, who was shot dead in a car park in County Meath in March 2013.

A European arrest warrant was issued by the Special Criminal Court in Ireland last year, after Evans failed to show up for his trial and went on the run with his girlfriend.

Evans, along with 35-year-old Edward McGrath and 46-year-old Sharif Kelly, was due to stand trial on charges connected with the murder of 35-year-old Butterfly.

Reportedly, Butterfly was found collapsed in a car park after he had been shot at from a car.

He was pronounced dead shortly later.

It was alleged that Evans shot Butterfly while he was sat in the back of the car.

McGrath and Kelly were sentenced to life in prison, while they stood trial without Evans.

The European arrest warrant on which Evans has been arrested seeks his extradition back to Ireland.