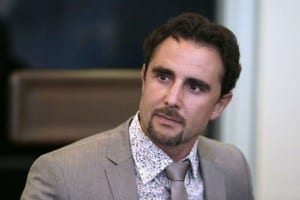 It comes after the French national was arrested on a Swiss European arrest warrant on Wednesday in Madrid.

The former HSBC employee has been released while his extradition is being considered by Spanish authorities on the condition that he does not leave Spain.

Falciani was forced to hand over his passport and has been ordered to appear before the high court in Madrid once a week, pending the outcome of the extradition request.

Manuel Olle, Falciani’s lawyer, described the court’s measures to keep his client in the country as ‘quite drastic’.

The French national is known for exposing the “Swissleaks” scandal.

In 2015 Falciani was convicted in absentia of industrial espionage by a Swiss court, after he leaked documents which alleged that the private branch had helped over 120,000 clients to cover up more than €180 billion ($205.4 billion) from tax authorities.

Falciani was sentenced to five years in prison but failed to show up to his trial and has lived in Spain ever since.

Although the French citizen claimed he was merely a whistleblower helping the government tackle people who had used Swiss accounts to evade tax, Switzerland believed he used the data for financial gain.