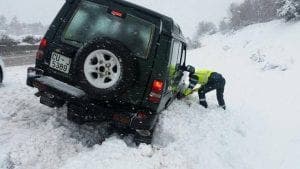 THIS is the moment a car was stuck in snow on the motorway in Spain today.

Drivers are being pulled out of their vehicles by motorway officials across Albacete, Cuenca and Guadalajara.

One jeep trapped on the A-40 motorway had to be dug out of a ditch covered in snow, while a number of lorries were stuck for three hours during the early hours of the morning.

A staggering 15 motorways in Castilla La Mancha have been disrupted due to extreme snowfall, along with 34 school routes which will affect 312 students. 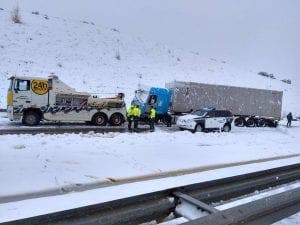