AIRBNB has awarded an American man a whopping $7,100 (€5,760) for a trip to Spain after he mispronounced ‘flamenco’ on TV show Wheel of Fortune on Monday.

The contestant, Jonny Knowles, broke the internet after a major blunder on the popular game show, when he correctly guessed the final letters of a puzzle which read “Flamenco Dance Lessons”.

But Knowles said ‘flamingo’ rather than ‘flamenco’.

The North Carolina native was astonished as quiz master, Pat Sajak, buzzed him saying it was the wrong answer. You can watch the moment here:

Knowles was left devastated after his slip of the tongue cost him a prize of over €5K and a holiday to Spain.

“I just screwed up that’s all there is.

“I feel like it was very subtle and I’m kind of surprised I didn’t get it, but I didn’t get it. I screwed up that’s all there is to it,” Knowles told ABC News.

But Airbnb took pity on the married father of one and stepped in to offer money towards a trip to Spain and ‘flamingo’ dance lessons.

Jonny if you're out there, we'd love to send you on a trip to Spain for some "flamingo" lessons! #FlamencoNotFlamingo https://t.co/elq7MYM226

The holiday rental site tweeted: “Jonny if you’re out there, we’d love to send you on a trip to Spain for some “flamingo” lessons! #FlamencoNotFlamingo”.

“After filming, it took some time to process what just happened,” he told ABC News.

“One month later, after an incredibly crazy day, I found out I’m getting a chance to go on the trip thanks to Airbnb, and I couldn’t be any more excited to flamenco dance the night away in Spain!”

Despite the slip up, Knowles still bagged a staggering $19,000 (€15,400) during his efforts on the show and plans to pay off his student loans with the win. 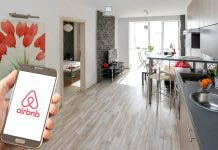