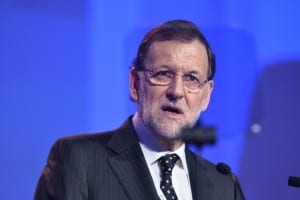 Rajoy said he hopes Catalunya will soon form a ‘viable’ government that obeys the law and works toward ‘restoring a normal political and institutional situation’.

Although the Spanish government recognised the powers of new separatist leader Quim Torra, it refused to approve his chosen ministers who are former advisors of ex-leader Carles Puigdemont.

Four of the appointed ministers are either being held in custody in Madrid or are living in self-imposed exile in Belgium, facing charges related to the independence referendum.

Once the government is formed and cabinet ministers are appointed, Madrid must end the direct rule it imposed on Catalunya following the referendum in October.

It comes after Catalunyan Parliament elected Torra as the president of the autonomous region last week, who called himself the ‘interim head’ of the government as he believes Puigdemont is the true leader.