AN Irish 5-year-old boy is in intensive care after being hit by a drink driver at a pedestrian crossing in Catalunya.

The child is believed to be stable at Hospital Joan XXIII in Tarragona, after being injured in a hit-and-run in the resort of Salou on Monday night.

The vehicle which hit the boy was an official Mediterranean Games Tarragona 2018 car, however a spokesperson for the competition said the driver was working for an external company and was not working during the time of the incident.

Reportedly the driver had failed a breath test and later turned himself in to officials just before midnight.

A spokesperson expressed their ‘deep regret’ over the incident.

The Mediterranean Games is a multi-sport competition which takes place every four years, involving 26 nations.

Irish embassy officials in Spain are currently offering assistance to the boy’s family. 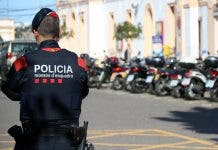