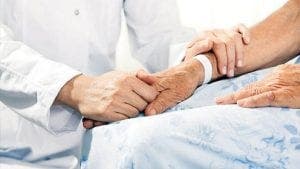 SPANISH Congress have agreed today to consider a draft bill that could legalise euthanasia.

The proposal, put forward by the PSOE, aims to make euthanasia a personal right available through both public and private services in Spain.

208 MPs voted in favour, 133 against and one abstention, with backing from Podemos, Ciudadanos, regional Spanish parties, and a number of Catalan and Basque nationalist parties.

The PP was the only party to oppose the bill, which is the second proposal of its kind to be considered in just over a month.

If the proposal is passed as a law, adults with terminal illnesses and chronic, severe disabilities could seek help for assisted death if they are a Spanish national or legal resident.

Deputy head of the PSOE, Adriana Lastra, told parliament: “This regulation guarantees to protect the fundamental right to life, but also the recognition that it isn’t an absolute right.

“It’s a right that must be adjusted according to other values, including that of human dignity.”

After this initial vote, the bill will be sent to a committee for debate before going back to Congress, where it will need an absolute majority before moving to the Senate.

Meanwhile, PP spokeswoman Pilar Cortes, called it a ‘sad day’ and considers it a ‘failure of society’.

“To talk about euthanasia is to talk about failure, to admit a political, professional and medical defeat,” she said.

The proposal outlines that qualifying patients will be able to make a request by writing, without coercion, but must have prior approval by two doctors who have regularly treated the patient or an outside physician who specialises in the illness or disability.

It would then be sent for regional evaluation, where a commission will accept or reject the request.

Before receiving a substance that will end their life, the patient will make the final decision, which they must have expressed twice at 15-day intervals.

In Europe, euthanasia is legal in the Netherlands, Belgium and Luxembourg, while Switzerland allows assisted suicide in which the patient is given the necessary substances to end their own life.