A RUSSIAN guitarist has died from a flesh-eating disease after making fellow passengers vomit on a flight from Spain to Amsterdam.

Andrey Suchilin made headlines around the world in May when his Transavia flight from Canary Islands was forced to make an emergency landing.

It came after fellow passengers began fainting and vomiting due to his ‘unbearably’ bad smell.

It was believed Suchilin simply had poor hygiene, but it has transpired that he was suffering from a serious bacterial infection – necrosis – that caused part of his body to die.

His flesh was literally rotting away, explaining why travellers described the smell as ‘worse than a rotting corpse’.

He had been taken straight to hospital where medics confirmed he was suffering from gangrene, a form of necrosis, or premature tissue death, caused by a lack of blood and oxygen to the tissue.

Medics believe he had begun to suffer from the condition while on holiday in Spain. 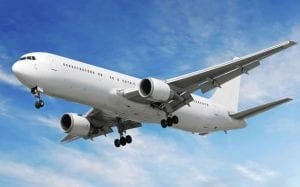 Suchilin slipped into a coma after two days and one month after being removed from the flight he died in hospital.

Belgian passenger Piet van Haut said: “It was like he hadn’t washed himself for several weeks. Several passengers got sick and had to vomit.”

Unwitting staff on the Transavia flight reportedly tried to quarantine him in a toilet of the Boeing 737 before the pilots decided to divert the flight.

They landed in Faro, Portugal, so Suchilin could be removed.

A Transavia spokesman confirmed at the time that ‘the aeroplane diverted because of medical reasons, but it is indeed right that he smelled quite a bit’.