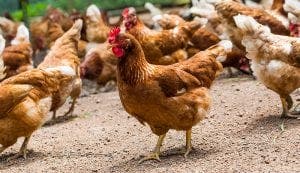 A SPANISH pensioner has been arrested for animal abuse after allegedly poisoning half a dozen chickens in Marbella.

The 77-year-old is accused of using rodenticide poison – rat poison – to kill the birds which reportedly kept interrupting his sleep.

According to court documents, the disgruntled neighbour threw corn, lentils and rice laced with the poison into the pen next to his home in San Pedro de Alcantara.

The accused was arrested following a complaint from the chickens’ owner on June 20.

He has been released pending an appearance before a judge.