The 34-year-old former Liverpool and Chelsea striker joins up with the Japanese team after rumours he was also considering a move to the A-League in Australia.

Speaking at a press conference this morning, he told reporters: “Sagan Tosu was one of the first clubs to be interested in me, they have convinced me with their sporting project.

“I think Japan and the Japanese League is going to be a great experience, they have made a great effort and they believe that I can be a solution so that the team returns to the place where it has to be.”

Torres moves to Japan with a back-catalogue of European medals: winning the FA Cup and Champions League with Chelsea and more recently the Europa League with Atletico Madrid.

Internationally, Torres has over 100 caps, two European Championships medals and one World Cup victory to his name. 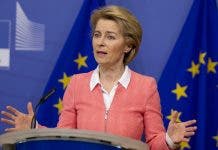