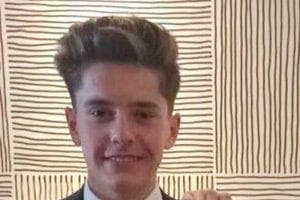 Thomas Channon, 18, was on his first holiday with friends celebrating the end of his A-levels when he fell 70ft at the Eden Roc apartments in Majorca.

His body was discovered by a gardener later that morning and on further investigation it appeared that he was staying at another nearby complex and had been separated from his friends.

The police have said he fell from a balcony; however his friends say he tumbled from a low-walled walkway into the private gardens below.

Thomas is the third British holidaymaker to have died at the Eden Roc this year and demands are being made to take action about the “walkway of death”.

In June, Tom Hughes aged 20, also died after falling about 65ft from the apartment block and previously in April Natalie Cormack, 19, also fell to her death.

There have been a number of other balcony falls this year in Magaluf and authorities have issued warnings about holidaymakers taking risks on hotel balconies abroad.