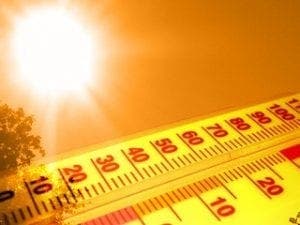 A SECOND man has died of heatstroke in Murcia as the European heatwave continues into the weekend.

The 78-year-old was working on his allotment when he collapsed due to the heat.

An ambulance arrived shortly after in temperatures above 40C, but the pensioner was pronounced dead on arrival to hospital.

The incident follows the death of a construction worker yesterday whilst he was working on a motorway maintenance project in the same region.

The two deaths are the first to have been caused in Europe as a direct result of the heatwave, and temperatures are set to rise over the weekend.

Weather warnings have been issued in 39 provinces across Spain with records set to be broken over the next few days.

Meteorologists are warning temperatures could reach as high as the mid 40s in areas near Andalucia.