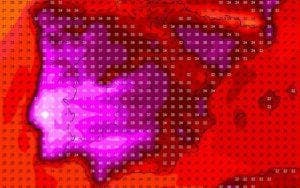 NINE people have now died as a direct result of Spain’s killer heatwave.

It means the sky-high temperatures have killed more than one person per day over the past week.

A 66-year-old man died from heatstroke on Thursday in Extremadura.

A 40-year-old German man who was on the Camino de Santiago pilgrimage also died from heat stroke in Extremadura, as did an 81-year-old man.

It comes as temperatures in southern Spain have reached just over 46C.