A 21-YEAR-OLD has been arrested on suspicion of belonging to twisted terrorist group ISIS.

The Moroccan suspect, who works as a ticket-seller for the ferry from Algeciras to Morocco, is suspected of planning an attack in Spain.

Police say the man had formed a cell in Algeciras with another suspect who was arrested in 2017.

The pair were allegedly planning to indoctrinate and recruit new members while attempting to bring ISIS fighters into the country.

The yet unnamed suspect was picked up in Vitoria in the Basque Country at around 8.30am, where he works in the summer.

An internet cafe in Algeciras and two homes in Vitoria were also raided in the operation.

The man arrested was known for being part of radical jihadist circles in Algeciras, where he usually resides.

The red flag came when he began defending the violent actions of groups like ISIS on social media more than a year ago.

The suspect works in the ticket office, based next to a Repsol garage in Vitoria, during the high season.

But locals had no idea of his violent inclinations and plans to facilitate mass murder.

One petrol station worker said: “They were nice kids, they ate here and we made them pizzas all the time.”

All the while, he was holding secret meetings in Morocco and online to plot terrorist attacks in Spain.

He persuaded one individual to come to Spain ‘using illegal immigration networks’ operating in the Strait of Gibraltar.

Once he landed in Spain, he was promised he would be given the means, both economically and materials-wise, to carry out an attack.

The converted fighter was arrested in Morocco at the end of last year before the plans could be realised. 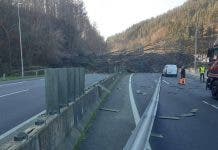 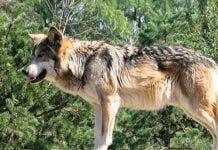