E-commerce seems to have become the catch phrase for success in these modern times. Whether referring to a local merchant based out of Wales or an expat who is looking to set up shop in Spain, the fact of the matter is that this industry shows no signs of slowing down.

When we take into account variables entirely unique to Spain such as a lower cost of living and a spectacular climate, it comes as no surprise that a growing number of entrepreneurs are choosing to base their operations out of the Iberian peninsula. However, they always need to take into account the type of platform that is chosen in order to enjoy success. Let us look at two main contenders in order to understand which could represent the most logical option. 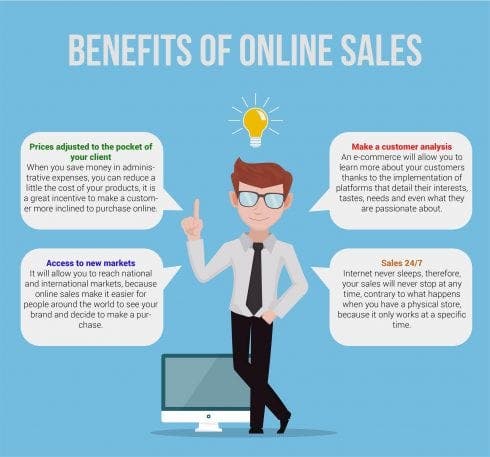 There is no doubt that BigCommerce is one of the most widely recognised cloud-based software platforms in the world today. With major names including Martha Stewart and Toyota employing its software, many feel that this is the best option for their requirements. To be sure, there are a number of bespoke advantages associated with BigCommerce. The unfortunate fact is that these are present alongside a handful of potentially crippling drawbacks such as:

These are some of the reasons why the presence of Shopify can be seen in more than 175 countries (as opposed to the 150 associated with BigCommerce). Furthermore, Shopify Plus sales have exceeded $60 billion dollars in revenue generation. BigCommerce has just recently topped $9 billion dollars.

In terms of Big Commerce vs Shopify, the real differences can be seen in the finer points. Not only is the Shopify Plus package more scalable, but the responsiveness of the average web page is much faster. This is key in terms of client engagement and click-through rates. Still, there are other reasons why Shopify is quickly becoming the go-to source for budding expats across Spain.

The customisation options associated with Shopify are robust and they require only the most basic technical knowledge to be implemented. Thus, on-the-fly changes or upgrades can be made at the behest of the website owner. When we include other impressive attributes such as user-friendly interface and a host of themes to choose from, creating a fully functional e-commerce portal from the ground up has never been easier.

Both BigCommerce and Shopify Plus are associated with flexible pricing packages, so those on a constrained budget should be able to address their discrete needs. However, Shopify Plus is proving to be an extremely user-friendly platform and the recent sales figures speak for themselves. Expats who are looking to enjoy a competitive edge should carefully consider their e-commerce solutions, as the decisions made today will dramatically outcome potential success tomorrow.