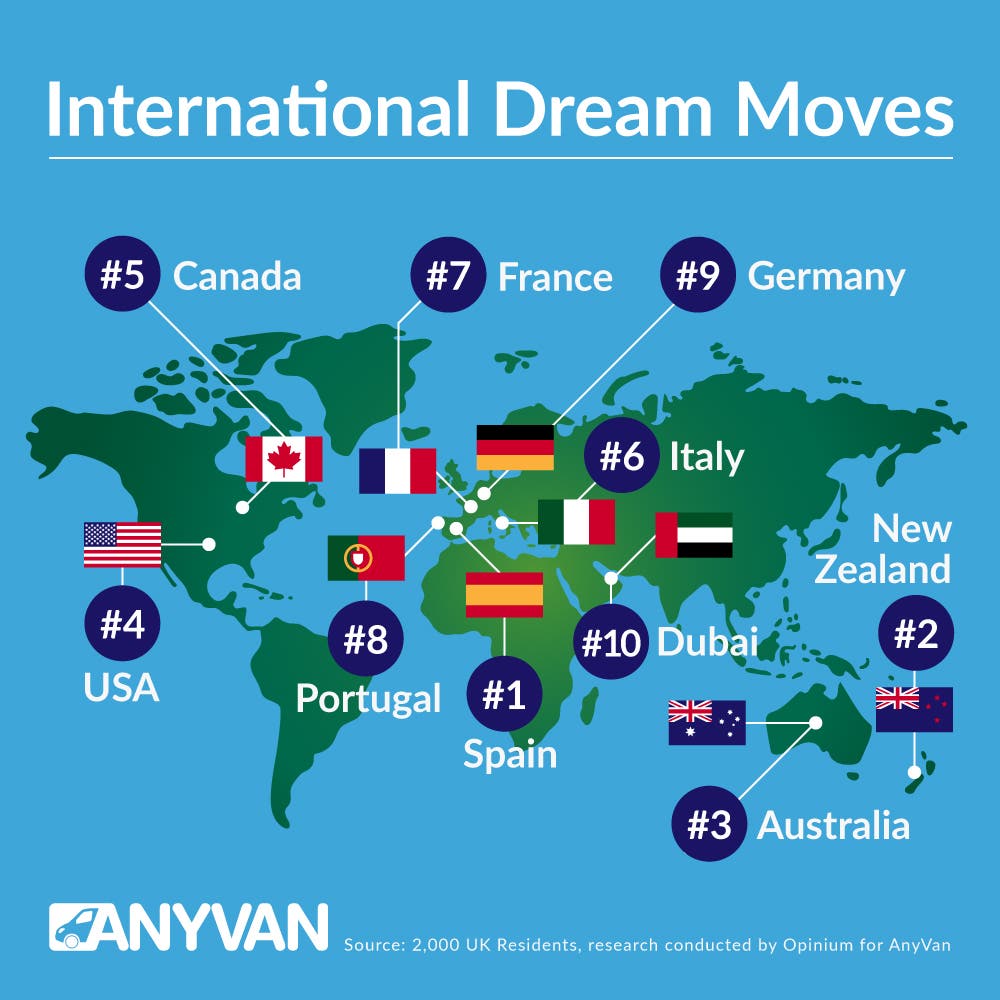 BRITS are still dreaming of a new life in the Spain, according to new research by leading home moving company AnyVan.com.

Statistics released by AnyVan.com show that Spain is the most popular destination for UK residents fantasising of a move overseas, with 13% of the respondents picking it as their number one choice.

Australia and New Zealand ranked joint second in the dream move table, with 12% each. 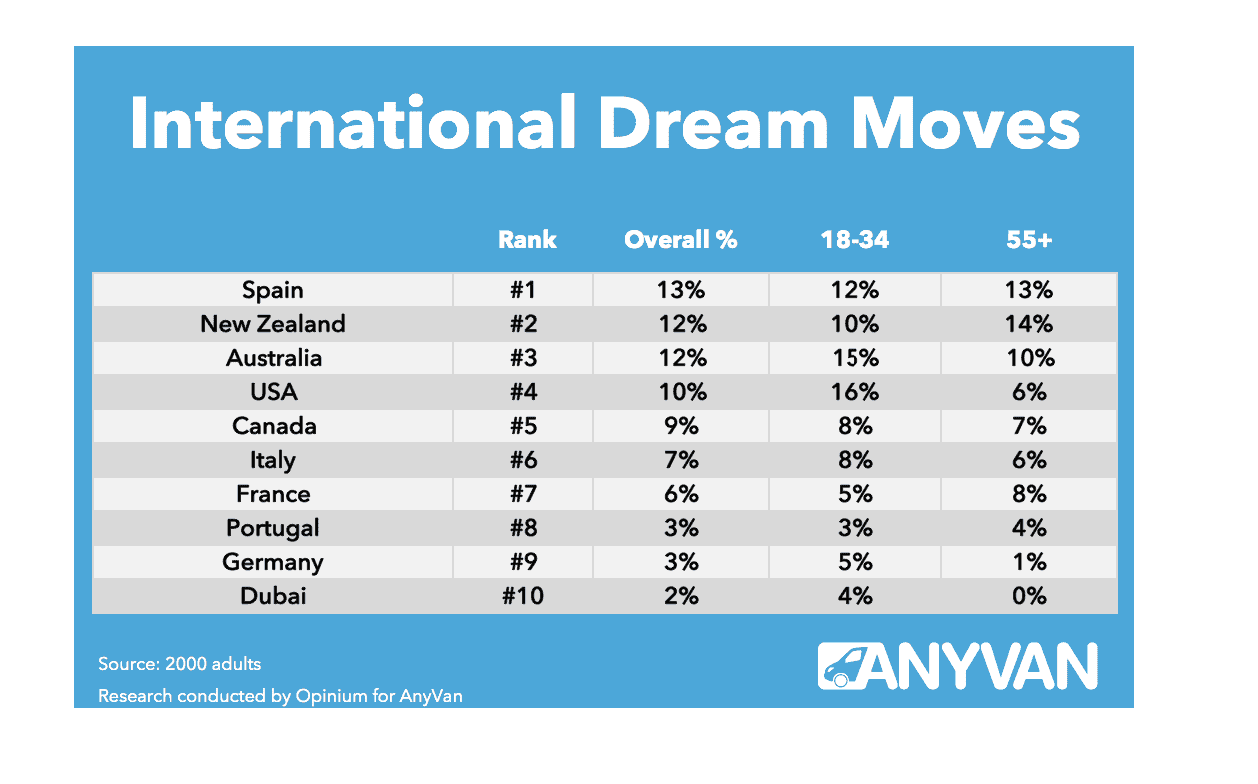 The data shows age is a major factor in determining the popularity of a dream move abroad.

The US came out top choice for under 34s, with 16% listing this as their favourite, followed by Australia and then Spain.

Dubai was also more popular with younger adults, with 4% dreaming of a move to the Middle East. For older adults over the age of 55, New Zealand (14%) came out top of their dream move.

Brits living on the south coast of England seem more keen to keep their coastal lifestyle, with Italy being more popular with people living in Southampton (12%) and Brighton (15%) than the UK average of 7%.

For Londoners, New Zealand was the top pick with 13% followed by US and Canada both at 11% and Australia at 10%.

Angus Elphinstone, CEO of AnyVan.com commented “It’s nearly a national sport in the UK to dream about moving. From flicking through property prices and listings on Rightmove to sitting down to watch one of the vast number of primetime TV shows offering advice to those looking to change homes for a place in the sun.

“Our research highlighted where people dream to move to, but there were still 16% of residents that didn’t want to move anywhere. With such a vast number of different landscapes, coastal views and green spaces, it’s easy to see why so many are living their dream in the UK and don’t feel they need to move elsewhere.”