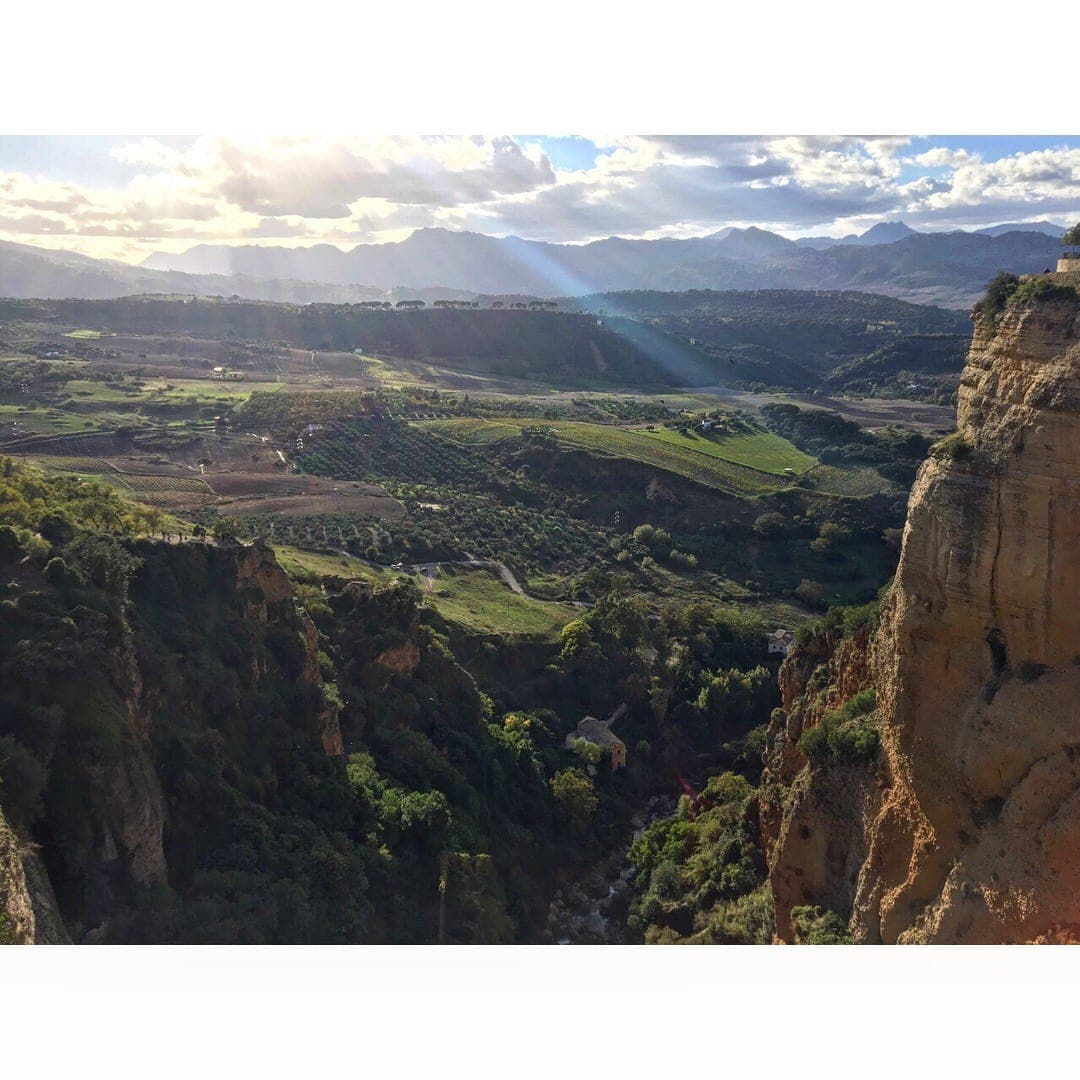 WHEN I first came to Andalucía in the ‘80s Alastair Boyd’s travelogues The Road from Ronda and In The Sierras of the South were essential reading for any expat with a desire to get beneath the skin of life in La Sierra.

Like Alastair, who later became a friend, I’d set out in search of my own vision of Shangri-La after deciding to set up a language school in Ronda. I eventually set up home in one of the least known of the pueblos blancos – Montecorto, at the edge of Grazalema Natural Park.

At that time there was just one phone in the village, the women still washed in the acequía which runs down through it,  and the only wine on sale in shops and bars was vino de Montilla, dispensed from a five litre flagon. In those days wine bottled with a cork was for the señoritos.

This part of Spain has been on the traveller’s map since the time when it became an offshoot of The Grand Tour. Ronda and its sierras were a perfect staging post between the Moorish delights of Sevilla and the narcotic charms of Granada.

The rugged mountains that surround the town dovetailed perfectly with the Romantic movement’s idyll of beauty: a landscape of plunging gorges and hilltop villages and castles, of Carmen-like andaluzas and one in which even highway brigands known as bandoleros were given a heroic role by the likes of Mérimée and David Roberts.

Driving the long and winding road to Ronda up from San Pedro, then heading west past towering cliffs through forests of holm and cork oak, it’s easy to see why so many writers and artists have been attracted to the area. And why, more recently, a large expat community should have put down roots. Nearly every small village within 20 kilometres of Ronda has at least a dozen expat families searching out their own vision of The Good Life. 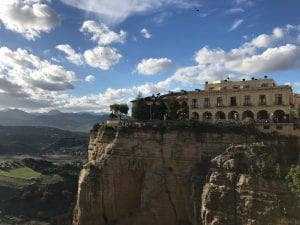 Many of my foreign neighbours and friends have integrated into their host communities by setting up businesses which have helped rural tourism to push down deeper roots. It might be by running a bar or hotel, becoming forerunners within our local organic food movement, writing a restaurant guide, setting up a paragliding school or cycling business or by being amongst the pioneers who have helped bring great wines back to our local sierras.

All these activities have helped bring prosperity and jobs to an area that was, in large part, a rural backwater just 40 years ago.

I had the rare luck, as a writer of hiking guides, that my arrival in Andalucía coincided with the advent of walking-for-pleasure in the mountains. When I first brought hiking groups to Grazalema – the trailhead for several amazing on-foot adventures – there was just one basic fonda in the village and a couple of simple tapas bars.

Grazalema since that time has mirrored what’s been happening in many more pueblos blancos: there are now four hotels, several casas rurales, half a dozen new bars and restaurants, waymarked trails and, along with all of this, a new awareness that you don’t need sand and sea to attract foreign visitors to your village.

I was able to ride a part of this new wave by running a B&B for walkers that ran almost full for 10 years. When I closed the business down – I wanted more time to write and travel – it felt like killing that goose that laid the golden egg. 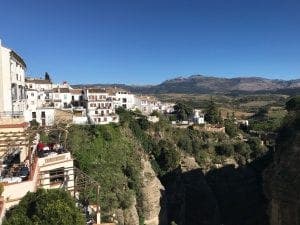 But the joys of walking our local network of mountain paths would never have been enough to keep me in the Ronda mountains were it not for that other essential life ingredient: good neighbours.

Life here would make little sense without experiencing the extraordinary bonhomie and natural gregariousness of our Andalucían hosts. The southern Spanish are team players – think Feria, Semana Santa or any fiesta hosted by a village – and are nearly always delighted to welcome a new member to the club, including a foreign one. Whether it’s reenacting the events of the Guerra de la Independencia, rehearsing satirical songs for Carnaval, playing in the village brass band or organising the annual 101km race around Ronda, people are happy to work together in order to make things happen. And they are easy and generous with their invitations following that old sierra adage ‘donde come uno, comen dos’. 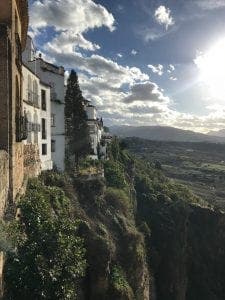 At a time in Europe when populist, inward-looking movements are threatening to break up one of the most successful community adventures in modern history, I rejoice in any initiative or process that looks to unite and integrate rather than divide. I feel a sense of privilege to have lived half of my sixty years in this exquisitely beautiful corner of Europe and am happy that, in the 1980s, I took that magic Road to Ronda. Even if I’ll never become an andaluz de pura cepa I’ll remain a happily ensconced European.

Guy Hunter-Watts lives in Montecorto, 20km west of Ronda and is the author of Cicerone’s ‘Walking in Andalucía’, ‘Coastal Walks in Andalucía’, ‘The Mountains of Ronda & Grazalema’ and ‘The Andalucían Coast to Coast Walk’.

His B&B is now let on a self-catering basis from April through to October. www.guyhunterwatts.com & www.rondatejar.com