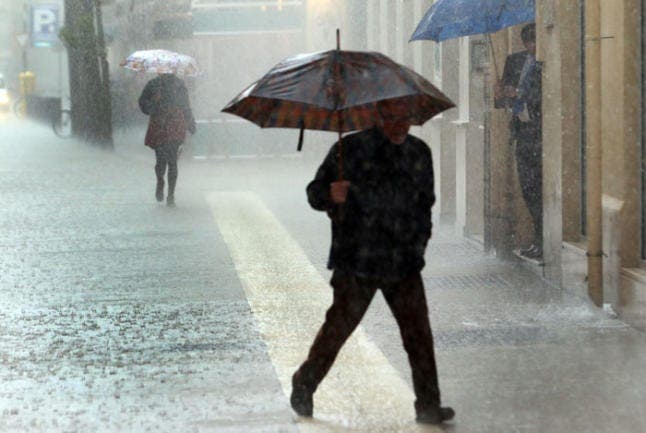 THE sun and stability that has produced Indian summer-like conditions on the Costa del Sol will be brought to an end this week.

According to weather agency AEMET, a cold front from Galicia will move down south tonight before taking full effect on the Peninsula tomorrow, before eventually reaching the Balearic Islands.

A yellow warning has now been issued for parts of Malaga province, with gusts of wind expected to reach 80-90 km/hr in the Axarquia and Ronda.

The warning is in place until 5pm tomorrow.

The cold front will bring generalised rainfall across Malaga but the worst hit will be in Galicia, Cantabria, the upper Ebro, western Pyrenees and the Balearics.

Snowfall has also been predicted for areas 1000-1200 metres above sea level.

Sea conditions will also worsen, with waves of up to seven metres on the coast of Galicia, six metres on the Cantabrian coast and five metres in the Balearics.

This ‘situation of instability’ is expected to continue until Friday afternoon.