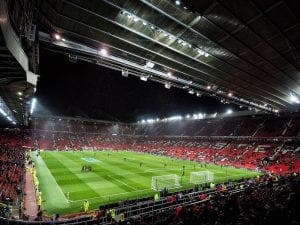 Manchester United midfielder Juan Mata says he is “convinced” that the club can enjoy success in 2019. United have reeled off three impressive wins in a row under temporary manager Ole Gunnar Solskjaer and are now just eight points behind fourth-placed Chelsea in the Premier League.

The Red Devils can still be backed at around 4/1 to finish in the top four this season and many of their fans will be eager to place a bet on them doing just that given their recent upturn in fortunes.

Solsksjaer has restored the feel-good factor at Old Trafford, lifting the shackles off the United squad following Jose Mourinho’s exit from the hot-seat. His side have produced excellent performances against Cardiff City, Huddersfield Town and Bournemouth, sparking talk amongst their fans that the team can enjoy a better time of things in the second half of the season.

In addition to trying to force their way back into the reckoning for a top four finish, United also have the Champions League and FA Cup still to look forward to. With Solksjaer favouring a more attacking style than his predecessor, Mata is likely to enjoy more time on the pitch during the rest of the campaign.

The Spanish star has started just eight league games this season, but he heads into 2019 confident that United are set for a brighter future under Solksjaer.

“We are Manchester United and we have to demand ourselves to perform at a high level because that is what the history of our huge club dictates,” he wrote on his official blog site.

“We can’t settle for less. As in life, it is clear that there are some happy moments and others that aren’t so, but I am optimistic and convinced that the New Year is going to bring us positives.

“Personally, I feel good and proud of the 40 games that I featured in across the second half of last season and the first half of this. I’m looking forward in playing in just as many during the New Year.”