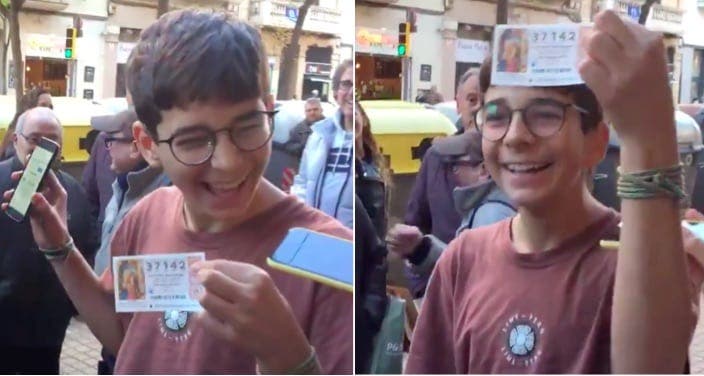 A ROMANIAN teenager has cleaned up in Spain’s Sorteo del Niño lottery.

“I did not expect this I am just trembling,” said Rotariu, outside the lottery shop in the Gracia district of Barcelona.

“I do not know what I’m going to do with the money. I have no idea,” the young man added.

Cosmin arrived with his parents in Barcelona 10 years ago.

Minors are prohibited from buying Lottery tickets, but in this case there has been an exception.

The teen’s family had won a refund on their Christmas lottery ticket in December and so the boy and his father went together and exchanged the El Gordo ticket for an El Niño number.

“Cosmin and I went to the Administration to choose the number. We wanted a number that resembled my wife’s date of birth and we chose that one at the window because it had several equal numbers,” said the boy’s father Valeriu Rotariu.

Cosmin added: “Maybe I’ll buy a new phone or invest in a small apartment. I have not thought about it. I’ll definitely buy some things for my parents.”

He will not be able to personally collect the money, however, as it must be paid to an adult.